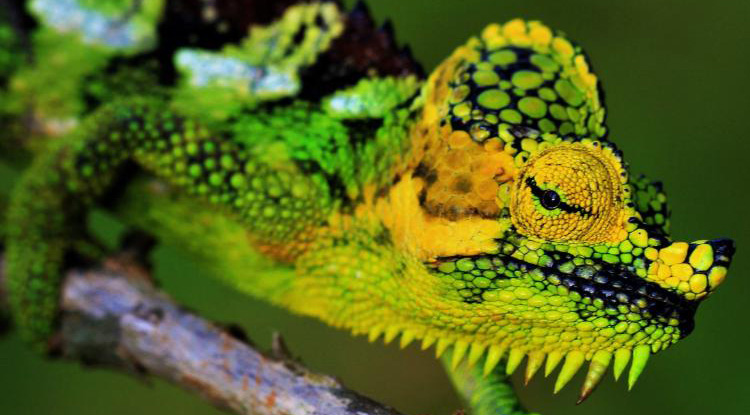 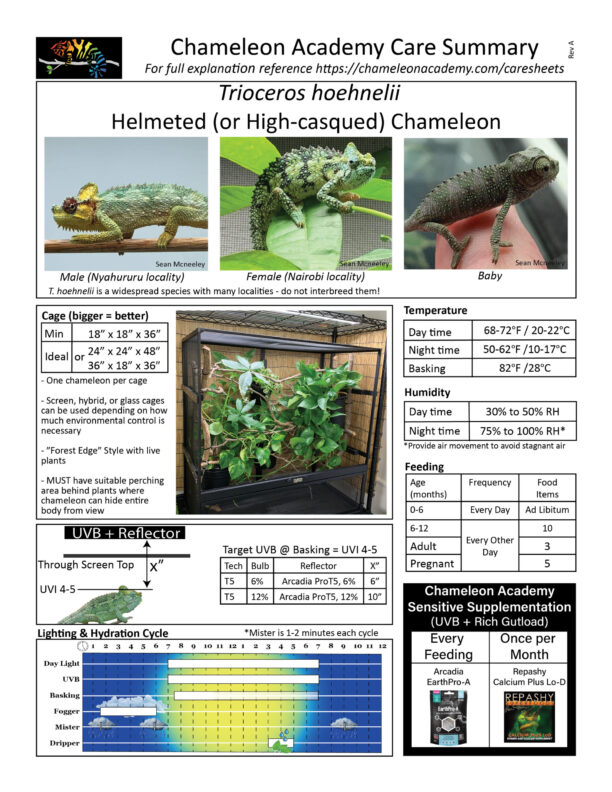 The Trioceros hoehnelii Care Summary distills the most important aspects of husbandry care into an easily referenced handout. But chameleon care is, unfortunately, much more involved than can be presented on a summary sheet. Therefore, you may use this sheet as a reference and return to this page where we will go over each and every aspect that is on the summary sheet in detail. 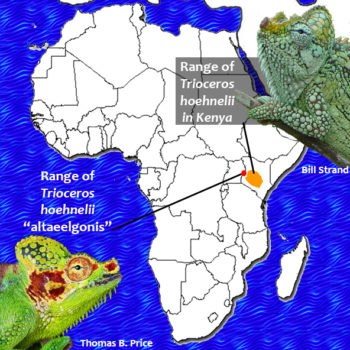 Trioceros hoehnelii is mostly found in Kenya, but is represented by a wide range of locale variations. The form found on Mt. Elgon in Uganda is referred to as Trioceros hoehnelii “altaeelgonis”. There is debate as to whether there are subspecies within this species. But, regardless of the official status, the breeding and keeping community has adopted the term “altaeelgonis” for the varieties coming from Uganda. This species is incredibly variable and the diversity of colors throughout Kenya can be best seen in the book “Mountain Dragons” by Jan Stipala.

T. hoehnelii are a high elevation species climbing to over 3,000m up Mt. Elgon. They have developed the ability to regulate their body temperature through basking to account for low ambient temperatures. 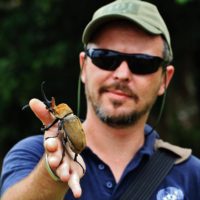 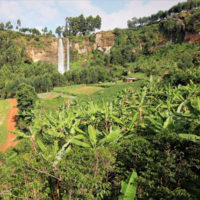 Mt. Elgon in Uganda. This is the habitat of Trioceros hoehnelii. Image by Marc Vaillant

Marc Vaillant is a wildlife, and especially reptile, enthusiast who has travelled around Africa for both work with the UN and pleasure. On a recent trip to Uganda he visited both Mt. Elgon and the Bwindi Impenetrable Forest. He shared this about his experience with T. hoehnelii:

” The first thing that surprised me when searching for this species was how locally common they were. I think we’ve all tried to struggle a bit when searching for a target species, but these guys were literally all over the place. I saw dozens in just a few hours of walking around. Some trees had 3-4 adult individuals in them. Lots of juveniles were also foraging around. I saw my first T. hoehnelii within 15 seconds of stepping out of my vehicle.

All were found in highly disturbed habitat in or around rural villages, consisting of coffee/banana plantations, hedgerows on the edges of trails, shrubberies etc. A typical mosaic landscape.

The mid-altitude slopes of Mount Elgon are lush and green and provide a respite from the hot plains below. Although I did not spend the night there, the area clearly experiences a substantial temperature drop during nighttime.

I wish I could have spent more time there, including by hiking different altitudes. At which altitude does this species begin and where does it end? This is probably well documented elsewhere…

Unlike other places I’ve been, I should also mention that the local communities I passed through did not seem to fear (or indeed kill) the chameleons. This – off course – could well be because the chameleons attract tourists and therefore some degree of revenue. “ 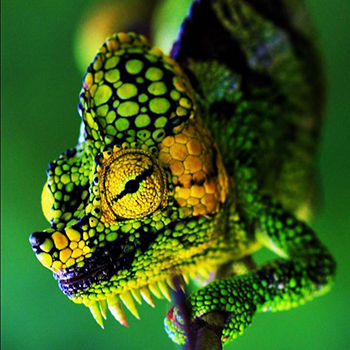 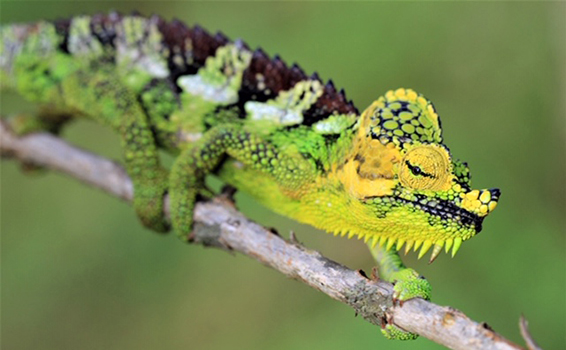 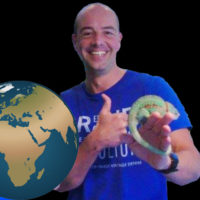 Jurgen Van Overbeke is a chameleon breeder in Belgium who has extensive experience with a wide range of chameleon species. He offers his insight into breeding and keeping Trioceros hoehnelii.

“The Ugandan variation of T. hoehnelii is rarely seen with the exports from Africa coming from Kenya which has different color varieties. There are a number of populations at different elevations, each with a different color scheme. I had a golden/yellowish variety which came from higher elevations than the ones in the pictures here.

The care is very similar to T. ellioti. It thrives in a well planted terrarium. These have been kept in groups of one males to multiple females, but the females can have two litters a year and, thus, are almost always in some stage of pregnancy and must be separated. So, despite reports of being non-aggressive the saying still applies: One chameleon per cage and there are no worries.

They seem to enjoy their basking in the morning. Considering the drastic nighttime drop in their home environment, they are adept at soaking in every sun ray they can. And a nighttime temperature drop is important for health. I keep them at 22C (72F) ambient temperatures. Be especially careful with babies and heat. Keeping them no higher than 22C gave me success with babies.

Hydration is through a standard chameleon protocol of about three hours of night time fogging in the early morning with 15 minutes misting in the morning and 15 minutes in the late afternoon.

Breeding is not difficult. Gestation is 4-6 months. Young females can produce 6 young while a mature female can produce 20. They can have two litters of babies a year and are receptive again 40-50 days after giving birth. The babies are sexually mature after one year.

T. hoehnelii can live five to six years and is a beautiful chameleon to work with.” 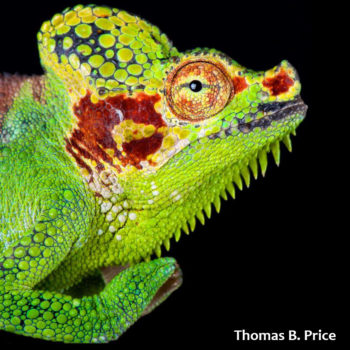 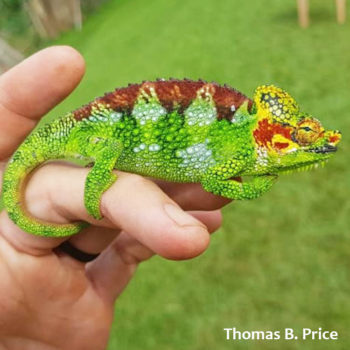 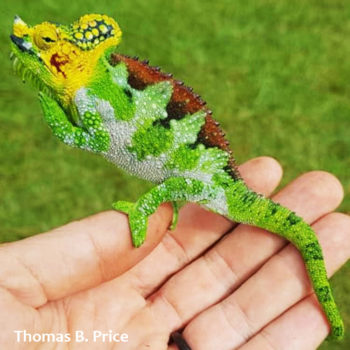